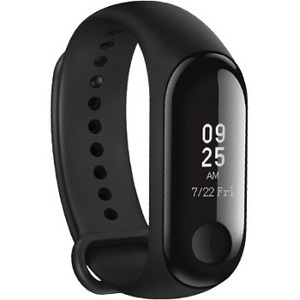 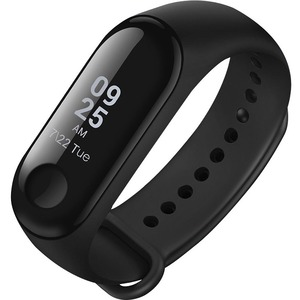 Mi Band 3 received the same "capsule" system with interchangeable straps, like its predecessors.

It uses a separate body and wristbands design so if you damage the band, you can easily replace it. It also comes in a rounded shape and design.

However, his screen became larger, which means the bracelet became more comfortable to use.

It got a 0.78 inches OLED-panel with a resolution of 128×80 pixels and 193 PPI pixel density(the Mi Band 2 has a 0.42 inches display). For such a miniature device it's really impressive. But most importantly, it's ease of use. The touchscreen allows you to switch between the screens in one move and quickly respond to incoming calls or messages from your smartphone.

In addition, the new gadget has received enhanced protection against moisture - it comes with a 5ATM rating, which allows it to dive to a depth of 50 meters for a not a long time.

So Xiaomi Mi Band 3 was is first in the line, which is officially suitable for swimming. It has protection against ingress of water and dust about IP67 and can withstand a pressure of 5 atmospheres. This means that with Mi Band 3 you can safely swim and dive underwater to a depth of 50 meters.

Thus, the fitness bracelet is perfect for swimming, but not for scuba diving!

Mi Band 3 can display real-time training duration, mileage, pulse and other data. Also, the bracelet is synchronized with the calendar and recalls the upcoming events. In this case, the new version of the tracker, according to Xiaomi, received a more accurate algorithm for calculating steps and an improved heart rate monitor.

The device is equipped with a three-axis accelerometer, which is responsible for counting the steps, and a heart rate sensor. Mi Band 3 has a higher accuracy, confirmed by the certificate ISO-10993-5 10.

In addition to the basic functionality as counting steps or taking calls and text messages, the Xiaomi Mi Band 3 also supports sedentary reminders, weather reminder functions, special events and other reminders within three days. There is also a sport secondary screen feature which allows users to just lift his wrist to see details in the display.

The new version of the bracelet received an increased built-in battery with a capacity of 110 mAh. Thanks to this and the used Bluetooth 4.2 Low Energy technology fitness tracker Mi Band 3 will last up to 20 days without recharging.

As of now, this smart band is available in black, blue and orange band color options.